Alterego delivered a play for all school children from year 7 to 11 to raise awareness and reject county line drugs.

We were pleased to have received a great application for an external company to come into the local schools in Oswestry and work with students to try and stamp out students becoming victims of a widespread County Lines Drug epidemic.

STAR Housing has had its own battles against County Line Drug offences and offenders taking over homes of vulnerable customers. We have worked and continue to work closely with the police to create a successful method of ridding our communities of drug problems. However, we know and are keen to support more innovative ways of tackling this problem. This is why we were pleased that our Area Panel ( a group of dedicated customers helping us to ensure tenant voices ring through all our business decisions and support community growth) recommended we approve the funding request to put on this play to as many students as possible in the Oswestry area.

Mrs Pearson, head teacher of Marches school in Oswestry worked hard alongside other teachers and partners to deliver this vital play with AlterEgo and we were lucky enough to be invited to an evening performance.

As part of the resident involvement team, we are keen to be out in the community meeting customers, community representatives and influencers that are eager to make positive contributions to neighbourhoods and take a stand against issues facing our rural area.

So we headed out on a cold wet November evening into Oswestry to have a sneak peek. We were excited to see a full audience of adults, parents, teachers and councillors all of whom could help spread a key message against County Lines Drug Issues. As the play started, the audience fell silent and the actors began an intense and powerful opening scene. 40 minutes later, we finally blinked and applauded a fantastic, thought provoking and vivid performance.

The AlterEgo actors had flawlessly acted out the ways in which Drug dealers are using and entrapping our children and young adults into their world and opened up conversations about how to protect yourself and those around you from these advances. What the actors did to drive home this message was to create such a relatable scenario and highlight the charms and manipulation that can drag victims into a dark world.  The drug dealer in the play continues to talk at the audience almost insulting them but evoking a united stand where we look after one another against drug dealers like him poisoning our schools and communities.

We would just like to finish by saying thank you to all those involved in making this happen and helping to tackle this issue from the start. It was great to see and be a part off such innovative and creative work.

Mrs Pearson has said, “We too are still on a bit of a high. There has been some important student conversations as a result of the play.” Following the performances. 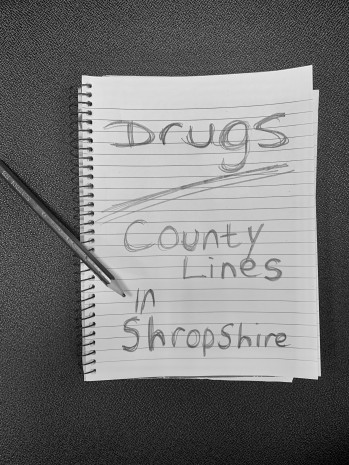